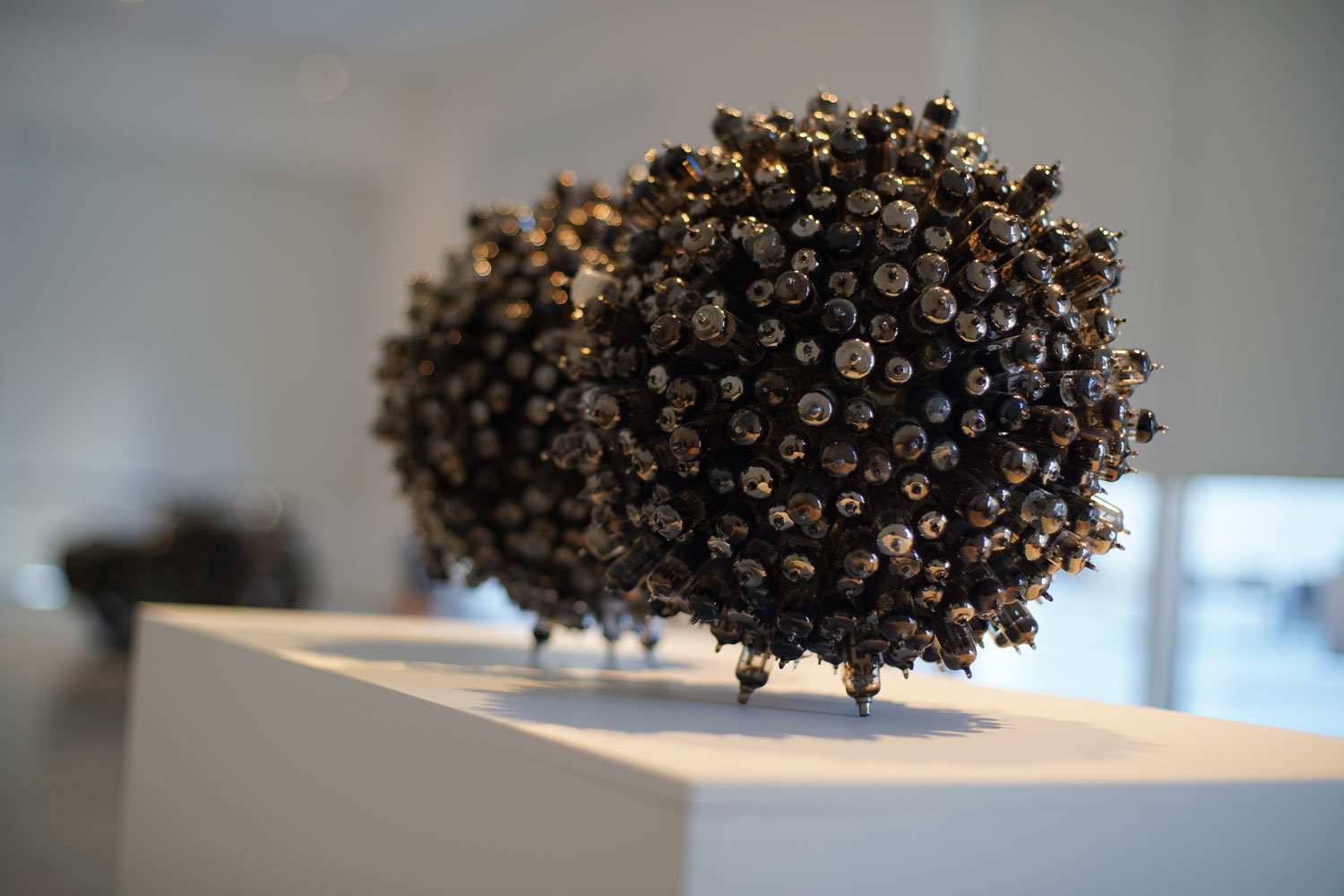 The Shepherd’s Whistle centres around the artist’s fascination with top-secret maps of strategic cities worldwide that were created by Soviet intelligence during the Cold War, alongside an M-72 Soviet army motorbike and sidecar from 1957. These two highly symbolic elements are brought together to create a complex project that explores the socio-political environment of the Cold War era, whilst also touching on current issues of identity, migration and immigration.

Riding the M-72 motorbike and navigating using the Soviet maps, Gec has made a number of journeys to five UK towns and cities that were identified by the Soviets as having strategic importance. The starting point for all of these journeys has been Gec’s hometown of Huddersfield in West Yorkshire. Following the end of the Second World War, there were around 250 displaced Ukrainians, including Stefan Gec’s father, in the Huddersfield area.

An important development for that community was the formation of the Huddersfield branch of the Association of Ukrainians in Great Britain, whose headquarters opened in 1956. Starting from Huddersfield, Gec rode the M-72 motorbike to and around Greenock, Derry-Londonderry, Blyth, Barrow-in-Furness and Southampton. Throughout the project Gec has worked with the artist/filmmaker Lee Hassall, to document the journeys using 8mm film shot on Soviet cine cameras of the same era.

For The Shepherd’s Whistle Gec presents a number of newly-made works, including text and sculpture, shown alongside the film footage made in each location, examples of the Soviet maps and his M-72 motorbike. During the Cold War, the Soviet military undertook a top-secret enterprise: to create comprehensive surveillance maps of the British Isles. These detailed the widths of roads, heights of bridges, depths of rivers and names of streets. They also revealed the exact location and purpose of every building of strategic importance.

Printed exclusively in Cyrillic script, the maps were translated phonetically so that a Russian speaker on the ground could easily pronounce place names. The maps being exhibited in Southampton have an additional significance, as the city is home to the Ordnance Survey Headquarters, and is the final destination for Gec’s UK journeys. The M-72 Soviet motorbike and sidecar that Gec uses is presented along with its original registration paperwork. Manufactured in Kiev, Ukraine, for the Soviet army, the motorbike is a direct, unauthorised copy of Germany’s prewar BMW model R71. Gec has painstakingly dismantled, cleaned and rebuilt the engine and body, whilst preserving its original ‘found’ appearance.

The Shepherd’s Whistle builds on Gec’s previous works and thematic concerns, however, for the first time Gec will actively engage as a performer – the journey serves as a reflection on his artistic practice. The chosen locations retrace previous projects that explored similar themes: Trace Elements (1990), Detached Bell Tower (1995–96) and Buoy (1996–present). Alongside the physical experience of revisiting these places, the films help mark the legacy of this research activity in each location. The Shepherd’s Whistle has been commissioned by John Hansard Gallery in partnership with Locus+, and is supported by Arts Council England.

Through community filmmaking charity City Eye, we were commissioned to photograph this exhibition.